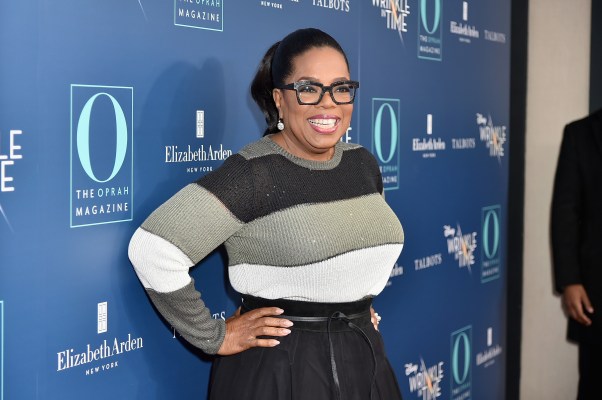 Apple announced today a multi-year content partnership with Oprah Winfrey to produce programs for the tech company’s upcoming video streaming service. Apple didn’t provide any specific details as to what sort of projects Winfrey would be involved in, but there will be more than one it seems.

Apple shared the news of its deal with Winfrey in a brief statement on its website, which read:

Together, Winfrey and Apple will create original programs that embrace her incomparable ability to connect with audiences around the world.

Winfrey’s projects will be released as part of a lineup of original content from Apple.

The deal is a significant high-profile win for Apple which has been busy filing out its lineup with an array of talent in recent months.

The streaming service will also include a reboot of Steven Spielberg’s Amazing Stories, a Reese Witherspoon- and Jennifer Anniston-starring series set in the world of morning TV, an adaptation of Isaac Asimov’s Foundation books, a thriller starring Octavia Spencer, a Kristen Wiig-led comedy, a Kevin Durant-inspired scripted basketball show, a series from “La La Land’s” director and several other shows.

Winfrey, however, is not just another showrunner or producer. She’s a media giant who has worked across film, network and cable TV, print, and more as an actress, talk show host, creator, and producer.

She’s also a notable philanthropist, having contributed more than $100 million to provide education to academically gifted girls from disadvantaged backgrounds, and is continually discussed as a potential presidential candidate, though she said that’s not for her.

On television, Winfrey’s Harpo Productions developed daytime TV shows like “Dr. Phil,” “The Dr. Oz Show” and “Rachael Ray.” Harpo Films produced several Academy Award-winning movies including “Selma,” which featured Winfrey in a starring role. She’s also acted in a variety of productions over the years, like “The Color Purple,” which scored her an Oscar nom,  “Lee Daniels’ The Butler,” “The Immortal Life of Henrietta Lacks” and Disney’s “A Wrinkle in Time.”

Winfrey also founded the cable network OWN in 2011 in partnership with Discovery Communications, and has exec produced series including “Queen Sugar,” “Oprah’s Master Class,” and the Emmy-winning “Super Soul Sunday.

The latter has a connection with Apple as it debuted as podcast called “Oprah’s SuperSoul Conversations” and became a #1 program on Apple Podcasts.

Winfrey recently extended her contract with OWN through 2025, so it’s unclear how much time she’ll devote specifically towards her Apple projects.

Apple also didn’t say if Winfrey will star or guest in any of the programs themselves, but that’s always an option on the table with a deal like this. CNN, however, is reporting that Winfrey “is expected to have an on-screen role as a host and interviewer.”

n”,”protected”:false},”excerpt”:”rendered”:” According to President Trump speaking at a campaign event in Tucson, Arizona, on Monday, ...