Rolls-Royce demonstrates robotic bugs as the future of engine maintenance 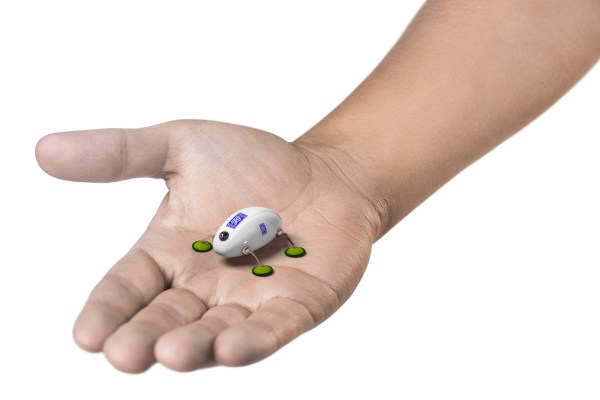 Rolls-Royce showed off its new vision for the future of engine maintenance this week at the Farnborough Airshow, and it might make your skin crawl.

As part of its IntelligentEngine vision (which the company announced at the Singapore Airshow earlier this year) it demonstrated plans for both a robotic snake and swarm of cockroach-like miniature robots that, in theory, will work together to inspect the interior of aircraft engines without removing the entire engine.

Neither technology is mature enough to be put into practice yet, but here’s how it should work:

In partnership with Harvard University and the University of Nottingham, Rolls-Royce is working to build 10mm miniature, collaborative robots — called SWARM — that will be able to provide a live video feed of an engine interior via small cameras to the human operator.

While scaling these bots down to size will be a challenge for the company and its collaborators, it’s a challenge that Harvard University researchers have been working at for eight years now, according to a statement given by Harvard researcher Sebastien de Rivas at the show.

For SWARM to access the engines, these small bots will catch a ride with FLARE — a pair of endoscopic, snake-like robots that can slither inside the nooks and crannies of a large piece of machinery and deposit SWARM at the inspection point. The company also has plans for FLARE to carry out internal patch repairs.

In addition to these ambitious plans, Rolls-Royce also displayed slightly more mature technologies, including a network of periscope-like INSPECT bots, which they plan to permanently install inside engines for constant spot maintenance, as well as remote boreblending robots that can be controlled by specialist engineers to assist with complicated maintenance tasks.

These kinds of advancements in engineering could help lead to more cost-efficient maintenance of large crafts, where previously maintenance was driven by internal sensor data and carried out manually — a process that can last up to five hours, James Kell, Rolls-Royce on-wing technology specialist, told The Engineer. With robots like SWARM, Kell told the publication, the process could take as little as five minutes.

While the efficiency of these robotic assistants cannot be denied, the accuracy and reliability has yet to be demonstrated, and the level of comfort passengers have knowing their aircraft was inspected by an intelligent swarm of robotic bugs is still up in the air.

Is your startup the next TikTok?

You can now return Apple’s Solo Loop for a new size, without sending back the Watch