Stitch Fix, one of last year’s high-profile IPOs, has had a bumpy ride for the past few quarters — but it blew out expectations this afternoon for its most recent quarter, and the stock is going absolutely nuts.

There’s also a ton of news coming out from the company today, including the hire of a new chief marketing officer as well as the launch of Stitch Fix Kids. All this is pretty good timing because the company appears to be cramming everything into one announcement that is serving as a very pleasant surprise to Wall Street, which is looking for as many signals as it can get that the subscription e-commerce company will end up as one of the more successful IPO stories. Shares of the company are up more than 14% after the release came out, where the company beat out expectations that Wall Street set across the board — which, while not the best barometer, serves as a somewhat public barometer as well as what helps determine whether or not it can lock up the best talent.

Here’s the final line for the company: 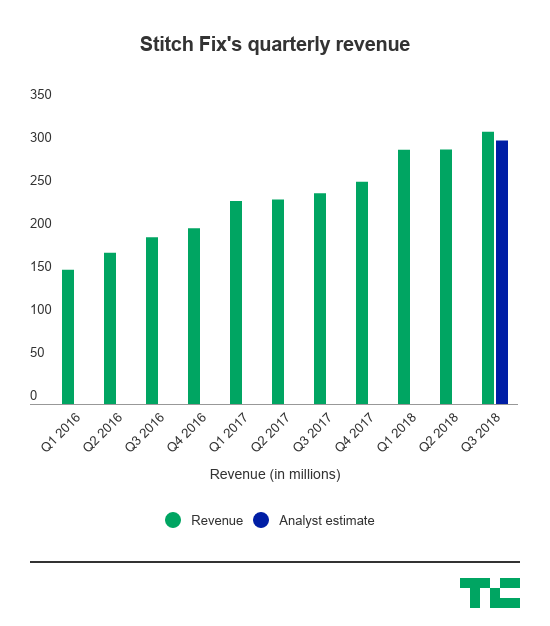 Following the announcement the stock has somewhat leveled off and settled at a bump of around 8%.

Stitch Fix was widely considered a successful IPO last year, though it faced some challenges over the course of the front of the year. But as it’s expanded into new lines of subscriptions, its customer base still clearly continues to grow, and the company is still finding newer areas to expand — including the upcoming launch of Kids that it announced today. Like many recent IPOs, Wall Street is likely going to look for continued growth in terms of its core business (meaning, subscribers), but Stitch Fix is showing that it’s able to not set cash on fire as fresh IPOs sometimes do.

“Our new Stitch Fix Kids offering is a testament to the scalability of our platform,” CEO and founder Katrina Lake said in a statement accompanying the release. “We’re excited for Stitch Fix to style everyone in the family and to create an effortless way for parents to shop for themselves and their children. Our goal is to provide unique, affordable kids clothing in a wide range of styles, giving our littlest clients the freedom to express themselves in clothing that they love and feel great wearing.” 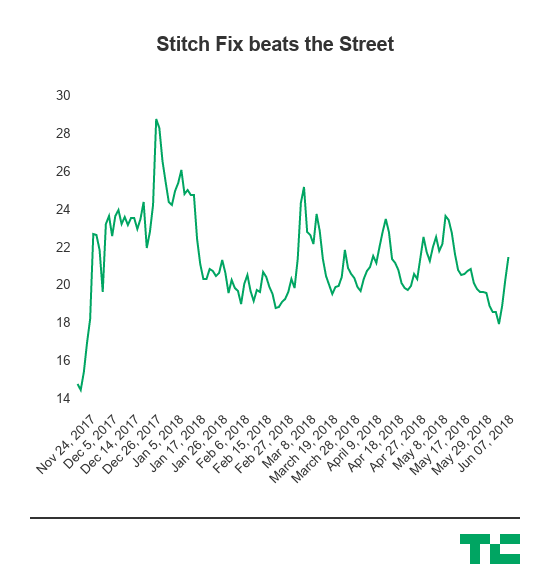 Stitch Fix’s new CMO, Deirdre Findlay, comes to the company from Google where she oversaw for the Google Home hardware products, which included Home and Chromecast. Prior to that, Findlay has a pretty extensive history in marketing across a wide variety of verticals beyond just tech, including time spent at Whirlpool Brands, Allstate Insurance, MillerCoors, and Kaiser Permanente, the company said. While Stitch Fix is a digitally-native company, it’s not exactly an explicit tech company and requires expertise outside of the realm of just the typical tech marketing talent — so getting someone with a pretty robust background like that would be important as it continues to expand into new areas of growth.

n”,”protected”:false},”excerpt”:”rendered”:” The end is in sight for Quibi, PayPal adds cryptocurrency support and Netflix tests ...