Welcome back to This Week in Apps, the Extra Crunch series that recaps the latest OS news, the applications they support and the money that flows through it all.

The app industry is as hot as ever, with a record 204 billion downloads and $120 billion in consumer spending in 2019. People are now spending three hours and 40 minutes per day using apps, rivaling TV. Apps aren’t just a way to pass idle hours — they’re a big business. In 2019, mobile-first companies had a combined $544 billion valuation, 6.5x higher than those without a mobile focus.

In this Extra Crunch series, we help you keep up with the latest news from the world of apps, delivered on a weekly basis.

This week, we’re looking at the mobile news from the events that didn’t happen this year because of the coronavirus pandemic. That includes the launch of Android 11 beta, which would have normally arrived during Google I/O, along with all the new Android developer tools. Snap also held its partner summit this week, where it announced a number of new Snapchat features, new partner relationships, and its plans for its AR ecosystem.

Not to be left out, Apple stole a little attention this week with its reveal of the WWDC20 schedule. Like many others, Apple’s conference is going virtual for the first time. It’s even redesigning its forums to aid with Apple engineer-developer interactions.

This week in app trends, we examine data from new reports on COVID’s impact on home improvement apps and hypercasual gaming.

After a series of delays and the cancellation of Google I/O, the Android 11 beta finally launched this week. This next major version of the Android OS is focused around three themes, says Google: People, Controls and Privacy. 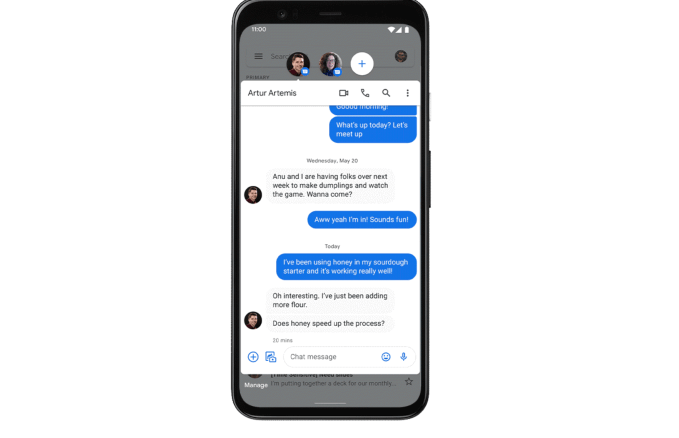 New device controls make it easier for users to access and control connected/smart home devices with a long press of the power button or access payment options. New media controls in an upcoming beta release will make it easier to switch the output device for audio or video content.

The noise-cancelling over-ear headphone category is an increasingly competitive one, and consumers have never been ...