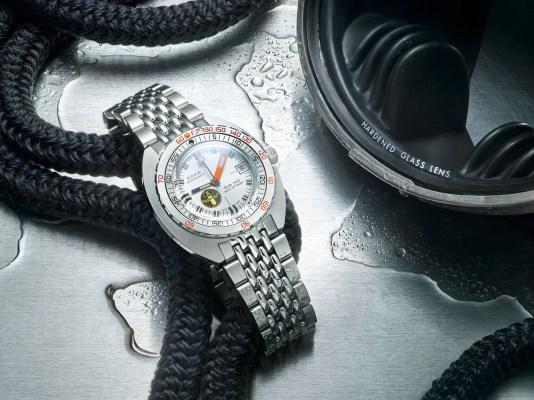 Doxa is a storied dive watch company and their most popular watch, the Sub, has just gotten a 2018 overhaul. The watches were made famous by writer Clive Cussler whose character, Dirk Pitt, consulted his beefy Doxa on multiple occasions.

This new model is made in collaboration with gear manufacturer Aqua Lung and features a 42mm steel case with 300 meters of water resistance, a Swiss ETA movement, and a unidirectional diving bezel. It will cost $2,190 when it ships in August. 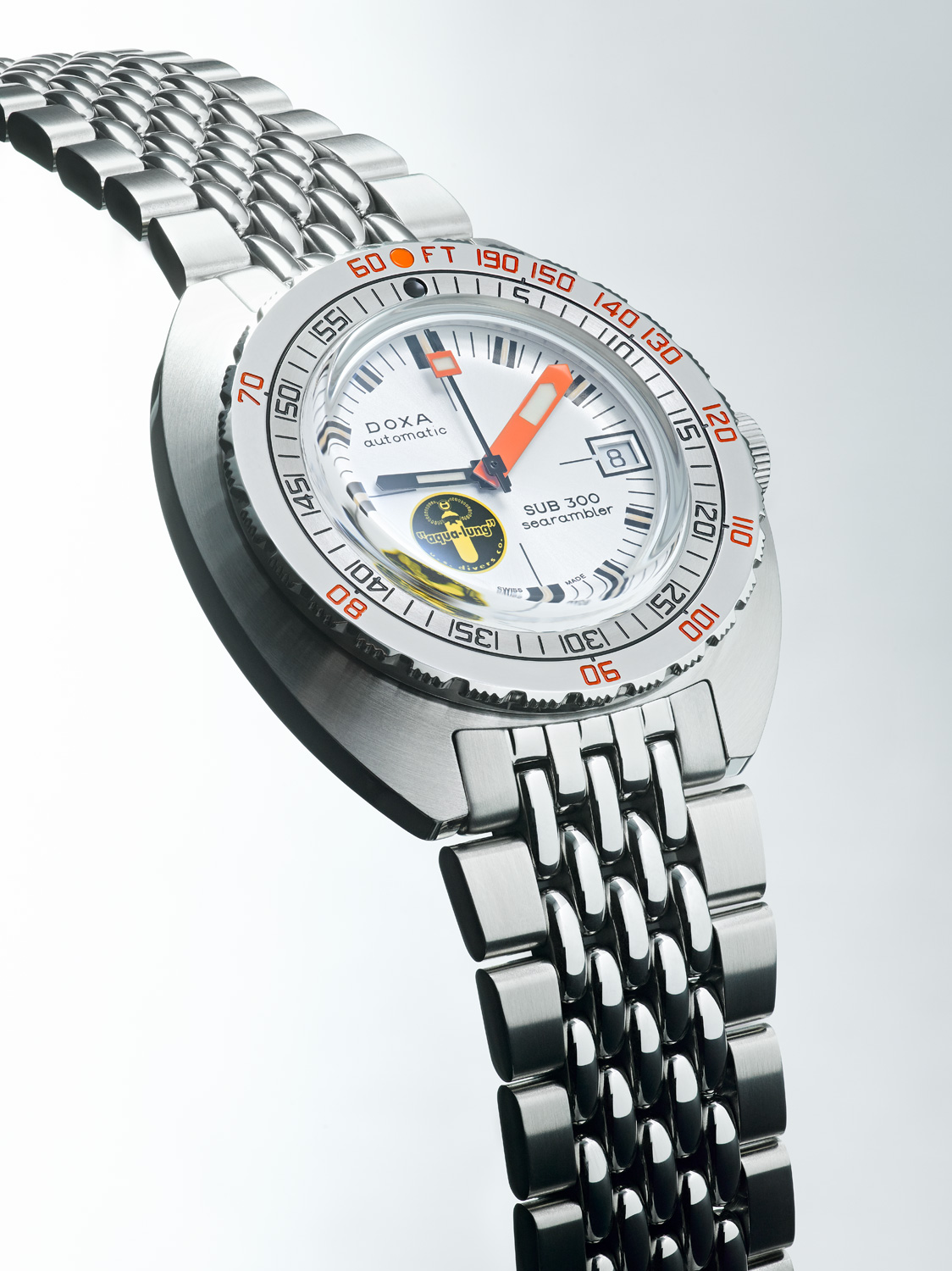 The SUB 300 ‘Silver Lung’ continues the yearlong 50th anniversary celebration for DOXA Watches, whose pioneering SUB would first plumb the ocean depths in 1967 as the first purpose-built dive watch for the emerging recreational scuba diving market. Lauded for its bright orange dial and professional-grade build quality and dependability, the SUB quickly became the benchmark against which all other dive watches were measured, and ultimately won the approval of the pioneers of modern diving. This included those at Aqua Lung, who would soon distribute the watches under the US Divers name before consolidating into the singular name Aqua Lung in 1998.

Why is this important? First, it’s a cool-looking watch and priced low enough for a Swiss movement and case to be interesting. Further, it has real history and provenance and is a little known brand. If you’re a diver or just want to pretend to be one you could do worse than this beefy and very legible piece. 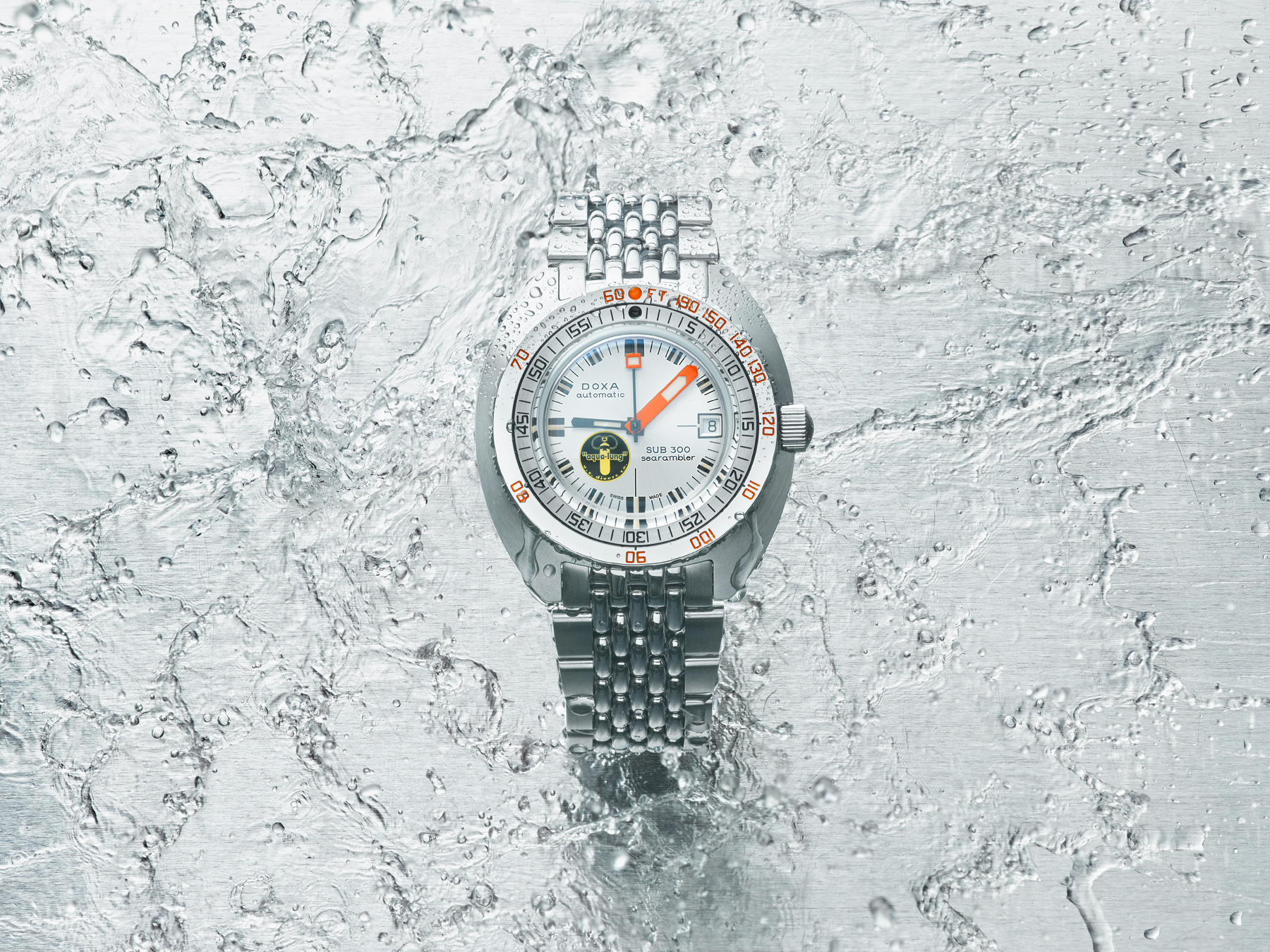 This is the new iPad Air, with Touch ID built into the power button