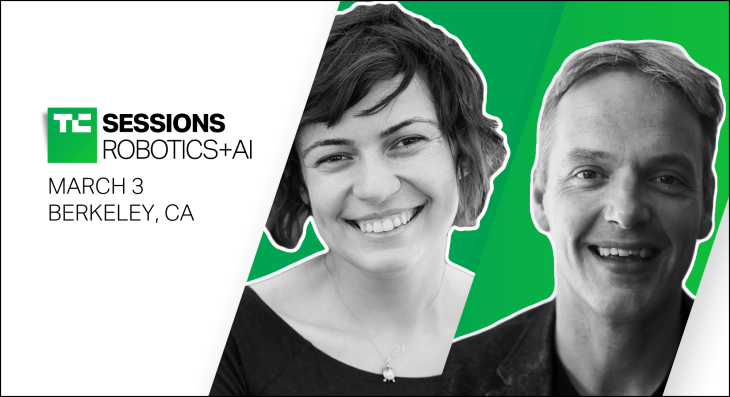 The road to “solving” self-driving cars is riddled with challenges, from perception and decision making to figuring out the interaction between humans and robots.

Today we’re announcing that joining us at TC Sessions: Robotics+AI on March 3 at UC Berkeley are two experts who play important roles in the development and deployment of autonomous vehicle technology: Anca Dragan and Jur van den Berg.

Dragan is an assistant professor in UC Berkeley’s electrical engineering and computer sciences department, as well as a senior research scientist and consultant for Waymo, the former Google self-driving project that is now a business under Alphabet. She runs the InterACT Lab at UC Berkeley, which focuses on algorithms for human-robot interaction. Dragan also helped found, and serves on, the steering committee for the Berkeley AI Research Lab, and is co-PI of the Center for Human-Compatible AI.

Van den Berg is the co-founder and CTO of Ike Robotics, a self-driving truck startup that last year raised $52 million in a Series A funding round led by Bain Capital  Ventures. Van den Berg has been part of the most important, secretive and even controversial companies in the autonomous vehicle technology industry. He was a senior researcher and developer in Apple’s special projects group, before jumping to self-driving trucks startup Otto. He became a senior autonomy engineer at Uber after the ride-hailing company acquired Otto .

All of this led to Ike, which was founded in 2018 with Nancy Sun and Alden Woodrow, who were also veterans of Apple, Google and Uber Advanced Technologies Group’s self-driving truck program.

TC Sessions: Robotics+AI returns to Berkeley on March 3. Make sure to grab your early-bird tickets today for $275 before prices go up by $100. Students, grab your tickets for just $50 here.

Startups, book a demo table right here and get in front of 1,000+ of Robotics/AI’s best and brightest — each table comes with four attendee tickets.

When Ginni Rometty indicated that she was stepping down as IBM CEO at the end ...